This year five candidates were nominated for the Professor of Poetry Election at Oxford.  I eagerly looked up their candidate statements online. Some of them disappointed me. Especially while reading Ian Gregson’s statement I found myself facepalming and sighing. 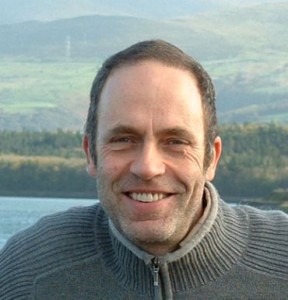 Gregson states that, if elected, he would bring poetry ‘back into the centre of the culture’. Poetry is, he writes, in a ‘decline’ and this ‘marginal status of contemporary poetry’ was caused by ‘astonishing changes in the culture’. Poetry’s number one enemies? Television in the ‘60s and the new media in the ‘80s. Yes, these media are ‘the most damaging changes for poetry’. Especially, writes Gregson, the internet, as it is ‘the opposite of poetry’.

Positioning non-book media as Poetry’s Number One Enemy is something many people do. The rise of radio, television and the internet is often said to be the reason for the decline in reading.

But this reasoning is highly problematic for poetry. Because first of all poetry is not only read. And secondly because these media bring us poetry every day.

Placing poetry opposite non-book media, as Gregson does, is an ahistorical, restricted and perhaps even elite way of thinking. Let’s have a look at what Gregson overlooked.

‘The initiating factor was the rise of popular culture to a position of dominance in the 1960s. Television in particular shaped a crucial shift in which the visual took the upper hand over the verbal, and thus, the literary.’ – Ian Gregson

There are many moments that poetry and TV go hand in hand. At special events that are broadcasted on national television, often a poem is read. For example at Obama’s inauguration, at Margaret Thatcher’s funeral and each year during the Dutch Memorial Service on 4 May. Also in many films and series poems play a role. At the beginning of the 20th century the new medium ‘motion picture’ was often combined with poetry. And also nowadays poems show up in many blockbusters. Think of the recital of W.H. Auden’s poem in Four Weddings and a Funeral (1994) and the role Dylan Thomas’s poetry plays in Interstellar (2014). But of course television programmes which focus on poetry are the most interesting. In the Netherlands De Dode Dichters Almanak (The Dead Poets Almanac) broadcasted poets reciting their poetry every week between 1998 and 2014. In the United States popular poetry contests were aired, such as the Def Poetry Jam (2002-2007) and the Brave New Voices finales (2008 and 2010). 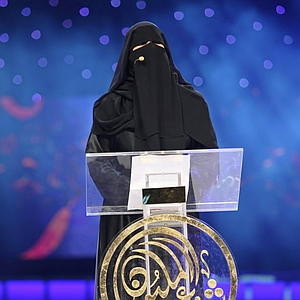 The most successful collaboration between TV and poetry is, however, Million’s Poet, a reality show in the United Arab Emirates, filmed in Abu Dhabi. Poets from different countries perform their Arabic poetry of Nabati, Mwal, Shalla and Qalta, dating back to the 6th century, and compete against each other for prizes ranging from AED 1 to 5 million (243 thousand to 1.2 million euro). This is more than the Nobel Prize for Literature, let alone the prize for American Idol. In its first season, Million’s Poet’s ratings overtook those of the national sport, soccer, and the third series attracted more than 110 million viewers around the world. In 2010 Hissa Hilal from Saudi Arabia was the show’s first female finalist. She recited her poem ‘The Chaos of Fatwas’, which strongly criticises fundamentalist Islamic clerics, for a global audience of millions of viewers.

Poetry and the internet

‘The most damaging changes for poetry, however, came in the 1980s, when television was joined by the new media. It is not the content of the internet that’s the problem but its form.’ – Ian Gregson

There are many reasons why the internet isn’t damaging poetry, but is amplifying it. Billions of poems are just one Google search away. Poetry from all ages, in all languages, in all forms. Not only in written form, but also performed for us, over and over again. The broad range of online poetry recordings, such as the digital archives of The Poetry Foundation, UbuWeb, Pennsound, the Academy of American Poets and Lyrikline, made poetry editor Jeff Shotts exclaim earlier this year: ‘The Internet is basically one big poetry audiobook.’ 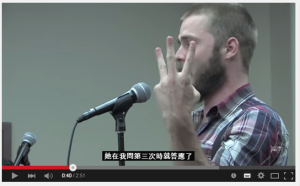 The popularity of online poetry can be clearly seen in poems that go viral. Such as Neil Hilborn’s performance of his poem ‘OCD’. The performance has been viewed more than 9,8 million times on YouTube and it received more than 9000 comments from 130 countries. The poem was transcribed and translated into thirteen languages. People used ‘motion graphic animation’, ‘kinetic typography’ and self-made films to produce adaptions of the poem. All over the world the poem was ‘covered’ in live and recorded performances, in the original language or in translation, in the US, the UK, France, Germany and Servia. Even translations into American Sign Language and tattoos of Hilborn performing the poem can be found online.

And what about the way poetry is read online? Perhaps that is where Gregson’s ‘problem’ lies? The internet, he writes, ‘ranks words below images, and delivers those images at great speed. It is the opposite of poetry, which, in this context, is made to seem ponderously slow, atavistically verbal, and snobbishly inaccessible.’ Then let’s take a look at Genius.com, where internet users collectively and democratically close read poems by Eliot, Poe, Yeats, Dante, Milton, Whitman, Keats, Rilke, Shakespeare, Plath, Auden, Szymborska, Shelley, Dickinson, Bishop and many more. ‘Annotate the world’, Genius.com’s slogan goes, and that’s what they’re doing.

Poetry and the internet especially meet in the wake of big emotional events. Such as after the 9/11, when Auden’s ‘September 1, 1939’ was circulated online and so many poetry was written that a fire chief had to issue a statement: ‘Thank you for the food and blankets but please – no more poetry.’

Of course watching a poem being performed on television or on YouTube is different than reading a poem in a book. Of course there are lots of poems online that are not worth reading. And of course not everyone is a poetry lover. But saying poetry is damaged by TV and internet, like Gregson does in his candidate statement, is overlooking the many ways in which poetry exists in non-book media. It is overlooking the millions of people poetry is reaching, not via the book, but via other media. 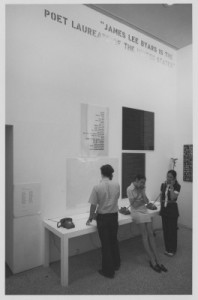 And I didn’t even get started on poetry in media Gregson doesn’t mention, such as the phone (the ‘Dial-A-Poem’ project in New York in 1969 received 1,112,337 calls in 5 months), sound carriers (which all started off with Thomas Edison in 1877 recording sound for the first time with the words ‘a little piece of practical poetry’) and the radio (in the Netherlands Jan van Veen has been reading poetry for the radio show ‘Candlelight’ for half a century).

In 2006 The Poetry Foundation conducted a national research on poetry in all its media (in books, on CDs, live on stage, read at funerals, found on the internet, come across in public areas etc.) and their conclusion was clear: if we look at poetry in all its forms, 99% of all American adults participate with poetry.